Dasari and Garg: Catastrophe at menarche

Menarche, the beginning of menstrual function occurs as a result of complex interaction between the hypothalamus, pituitary and ovarian hormones and is an important event in any girl’s life as it signifies the beginning of fertility. Rarely some diseases like migraine, epilepsy, inherited bleeding disorders can manifest at menarche and cause significant anxiety to the parents and the adolescent girl. A 13-year-old girl presented with convulsions following 8 days of excessive bleeding at the time of menarche. She had altered sensorium, severe anaemia with Respiratory alkalosis and needed ICU Care. She needed multiple transfusions of blood and blood products. She showed features of sepsis on haemogram at admission later manifested respiratory findings. Her bleeding per vaginum did not respond to antifibrinolytics and progesterones and stopped only after evacuation of contents on day 5 under GA. No organism could be isolated and she recovered on Day 6 of higher broad spectrum antibiotics. Her parents were counselled to watch for occurrence of seizures in later life as this catastrophe may signify onset of epilepsy in later life.

Menarche is the onset of first menstruation and signifies the presence of intact hypothalamo-pituitary ovarian and uterine axis. It is a significant event in a girl’s life and the event is recognised in the society as a mark of fertility and beginning of potential reproductive life. In some cultures menarche is celebrated as social event like marriage.

This biological event is triggered by changes in the milieu of hypothalamus and function of Gonadostat around 10- to 14 years of age. Sometimes few diseases surface for the first time in the perimenarchal period. Inherited bleeding disorders, migraine and convulsions were described in literature which were diagnosed with the onset of first menstruation. We describe an unusual clinical case presentation at menarche as a catastrophe the cause of which is obscure though we managed to save her life.

A 13-year-old girl attained menarche on 23rd Dec 2019 came with excessive bleeding for 8 days soaking 8-10 pads per day. History of generalised tonic clonic convulsions at home with fever and vomiting of one day duration. She was admitted through emergency services on 30.12.2019 and was accompanied by parents. On examination she was drowsy, afebrile, Pulse rate was 120/min; BP- 106/68 mm Hg; RR- 22/min Pallor +++. There were no rashes, no icterus and no lymphadenopathy. Respiratory system was clear and cardiovascular system was normal except for tachycardia. Abdominal examination did not reveal any mass or tenderness and there was no hepatosplenomegaly. Per speculum and Per vaginum examination was not done. A provisional clinical diagnosis of puberty menorrhagia with severe anaemia was made and she was admitted to ICU and started on intravenous tranexamic acid and oral contraceptive pills and was transfused one unit of Packed cells after sending complete haemogram and other biochemical investigations shown in Table 1. The next day of admission, she was febrile and investigations showed leucocytosis which was neutrophilic and she was started on empirical antibiotics and her haemoglobin was decreasing trend. ABG showed respiratory alkalosis and platelet count also showed decreasing trend. She was managed with packed cell transfusion and FFP was given as per body weight. Abdominal Ultrasound found all organs to be normal and the echogenic echo in the cavity was increasing (Figure 1). On day 4 a decision was uterine taken to examine under anaesthesia and aspirate the POD fluid to send for culture and tuberculosis work up. On examination the introitus was lax and the cervix was healthy and Os was open and old blood clots were protruding which were removed gently. There was no evidence of products of conception. POD aspirate was minimal serous fluid. Uterine blood clots and the serous fluid was sent for TB PCR. Fever spikes persisted and on day 5 X-ray chest showed features of pneumonia and opined as transfusion related lung injury by Pulmonologists. She was started on tab Levofloxacin and received steroid nebulisation. On day 6 her general condition improved and WBC count showed decreasing trend and respiratory rate decreased on Day 7 and she was shifted out of ICU and was continued on Levofloxacin and Amikacin for 5 days. The investigations and course over 6 days is represented in Table 1. She received 7 packed cells, 20 Fresh frozen plasma and 2 Cryoprecipitates on the whole. Her haematological parameters normalised on day 9, and she was discharged with advice to do von Willebrands test if further episodes of excess bleeding occur and also watch for seizures in later life. At follow up after one year on teleconsultation, she has regular cycles once in 29-30 days with flow lasting for 4-5 days and there is no menorrhagia or convulsions. 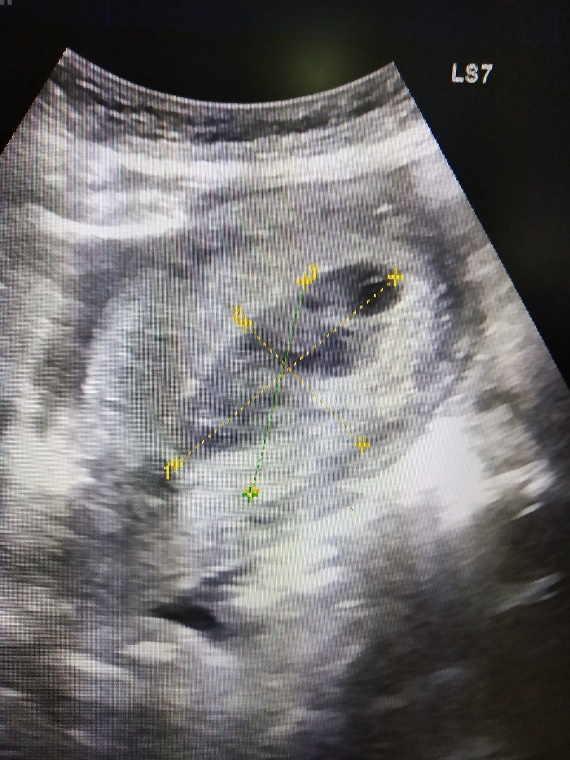 Menarche usually occurs after 2-3 years of thelarche and 98% attain menarche by 15 years of age.1 The normal flow at first menstrual period lasts for 7 days and 3 to 6 pads are soaked per day. Menstrual flow requiring change of pad every 1-2 hours or lasting for more than 7 days is considered abnormal.2 The current girl attained menarche at average expected age (13 years) but at the onset of menarche her flow lasted for more than 2 weeks and was soaking more than 8 pads per day. It is important for clinicians to understand diseases that can manifest at the time of menarche so as to educate adolescents and their parents to differentiate normal from abnormal onset of menarche, menstrual abnormalities, diseases that may manifest at menarche that may have long term implications in adult hood.3 The consensus on menstruation in girls and adolescents defines the normal menstruation and considers menstrual flow lasting for more than 7 days and amount more than 80 ml as menorrhagia. The historical perspective in Puberty menorrhagia is that the first patient diagnosed with von Willebrands disease in 1926 died at the age of 13 years due to uncontrolled menorrhagia.4 Hence lies the importance of performing a coagulation profile at the first episode of excessive menstrual loss. The bleeding diathesis reported in adolescents presenting with menorrhagia were reported in 22% and they were von Willebrands disease, (45.4%) acute immune thrombocytopenic purpura (18%), Bernard –Soulier syndrome, Glanzmann thrombasthenia, aplastic anaemia and Factor X deficiency (9% each).5

A study from South India which analysed the causes of puberty menorrhagia found tuberculosis in 4 girls and hypothyroidism in 3 and the most common cause was immaturity of HPO axis. The haemoglobin was <5 gm% in 12.5% and between 5-7gm% in 29.16%.6 A similar study from North India found same causes and reported that 61.5% required blood transfusion.7

A review on abnormal uterine bleeding in adolescents proposed to do minimal investigations which include hCG, CBC, Peripheral smear, serum ferritin, PT, aPTT, and fibrinogen and to investigate for bleeding disorders in adolescents with severe anaemia.8 In 9 pre-menarchal girls with cyclical vaginal bleeding no cause could be found inspite of extensive investigations including vaginoscopy. In these series and the authors propose that if no cause is found possible sexual molestation proposed should be suspected.9 In this girl this could not be ruled out because of the clinical examination findings under anaesthesia.

Around menarche the hypothalamo-pituitary axis matures and the cyclical production of estrogen and progesterone follows the cyclical pattern of Gonadotropins produced from the pituitary. Estrogen is known to decrease the threshold for seizure and progesterone increases it. Thus most girls with epilepsy present with seizures at menarche and this is called Catamenial epilepsy and is reported to occur in 20 to 30%.10 Pavel K and colleagues reported worsening of epilepsy at perimenarchal period in 29% and concluded that perimenarche is a risk factor for development as well as worsening of epilepsy. A Norwegian study reported occurrence of higher frequency of epilepsy during 10-18 years age when compared to 0-9 years, but they could not confirm the association of menarche and epilepsy.11

Menorrhagia is reported in viral infections like Dengue12 and this is negative in this girl and there are no reports of association of puberty menorrhagia with systemic infections except tuberculosis which is negative in this girl. Whether the pneumonitis on X Ray chest was due to an unknown Viral infection which caused menorrhagia and convulsions as well, is in question. This case presented in first week of January 2020 when COVID test was not available.

Catastrophes such as seizures and heavy menstrual bleeding can occur around the time of menarche. Knowledge of various diseases manifesting at menarche is important for the Gynaecologist to make a timely diagnosis, treat as well as to educate the adolescent and parents. Such adolescents should be cared for at tertiary care centre with ICU facilities.