Objectives: The objective of present study to find out women for precancerous lesions with the help of pap smear test as early identification marker. Determine the percentage of cervical cancer in relationship with demographic, education and occupation. To find out pap smear effectiveness in various infections. To find out correlation pap smear findings with symptoms.

Materials and Methods: This is a cross-sectional study involving the screening of women from the rural population of Siddipet district for the assessment of health status using pap smear test who have attended the outpatient department of Obstetrics and Gynecology conducted during the period of August 2019 to May 2021.

Results and Discussion: The present study included 1500 Pap smears, of which the most common abnormality was inflammatory smear, which is followed by atrophic smear. Among all the study respondent’s majority (64.5%) of the women were home makers and not working, remaining participants were either self employed or working women. Percentage of abnormal smear reports was reported in group 2 (31-40 years) subjects followed by group 3 (41-50 years) women. In 22 patients, Atypical Squamous Cell of Undetermined Significance (ASCUS) was observed. The present study reported very less cervical cancer prevalence in our study population.

Though many studies have reported less prevalence of cervical cancer in women who are screened annually, it is recommended that, pap smear test can be repeated at least once in every year to check the health status of a women.2, 3 Pap smear test is not recommended for those women who are below the age of 21 years because of low incidence of cervical cancer and is also associated with high false positive.4, 5

The American College of Obstetricians and Gynecologists (ACOG) in 2009, recommended that pap smear test can be advised for the married women who are above theage of 21years.5 It also stated that women aged in between 21-29 should be screened for the same every three years. The organization noted that women ages between 30 to 65 years should undergo pap smear with HPV testing every 5 years, and screening should stop after age 65.6, 7

As mentioned earlier pap smear screening is important to assess the health and in the diagnosis of cervical cancer. There is limited data available on the health status of the women from rural population of Tamil Nadu, India. Hence, the present study was designed to understand the health status of the women of rural population of Siddipet and Siddipet district of the Telangana, India. The results of this study can help to design the necessary educational programs and counseling services, also to reduce the gaps and barriers to improve the quality of health services for women in the society.

The study was a cross-sectional study involving the screening of women from the rural population of siddipet district for the assessment of health status using pap smear test who have attended the outpatient department (OPD) of Obstetrics and Gynecology (OBGY) at Surabhi Multispecialty Hospital, Mittapally, Siddipet, Telangana, India. The study was conducted during the period of August 2019 to May 2021.

Married women from the rural areas of Siddipet district and belongs to siddipet district of Telangana, India, attending OPD of Obstetrics and Gynecology Department at Surabhi Multispeciality Hospital, were included in this study.

Women who have undergone pap smear test within a period one year, pregnant women, who were in menstruation, and those who are already diagnosed with cervical cancer were excluded from the study.

Demographic, educational, and socioeconomic factors, sexual behavior, use of contraceptives, pap smear testing and other related gynecological and obstetrics history was collected from the patients during their visit to the OPD. A total of 1500 patients were recruited for the study during the study period. All the participants were subjected to pap smear test after obtaining informed consent. The samples were sent to the central clinical lab for processing, evaluation, and diagnosis. For those smears found to be satisfactory for evaluation, cytological abnormalities were reported based on the Bethesda System.8 The slides were examined, and results were reported by the pathologist. Since 1988, the Bethesda System for Reporting Cervical Cytology has been the accepted reporting system in the United States. The 2014 revision is the most recent.8 The reporting format includes Specimen type, Specimen adequacy, General Categorization, Interpretation/Result, Epithelial Cell Abnormalities and other malignant neoplasms.7, 8

The study protocol was approved by the Institutional Ethics Committee of Surabhi institute of Medical Sciences, Mundrai, Mittapally village, Telangana, India. Written and oral consent was obtained from the individuals who participated in the screening before registration and were ensured of the confidentiality of their report. Participation in the study is purely voluntary and did not have any financial burden for the participants.

Descriptive indices including mean and standard deviation for quantitative variables and number and percent for categorical variables were reported. Logistic regression was performed to investigate the associated factor with behavior. All analysis was performed in SPSS version 16.0. 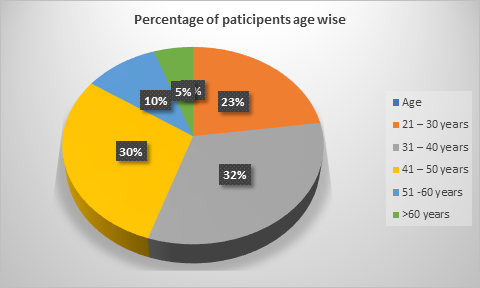 Shows the level of education of study participants 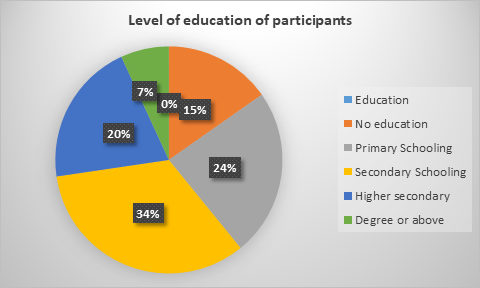 Shows the occupation and parity details of study participants 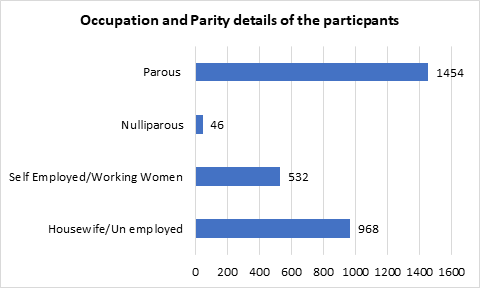 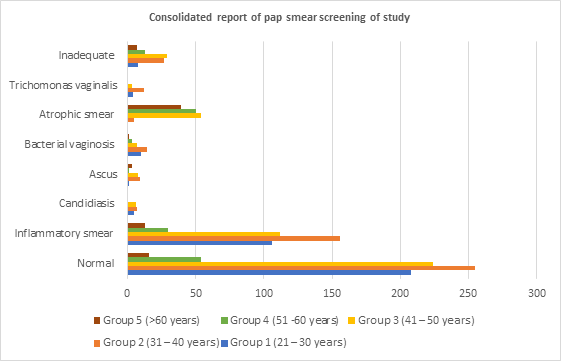 Summary of the pap smear studied for all the participants

The present study is a hospital-based study conducted in a tertiary care hospital situated in rural set up women from nearby villages visiting our hospital OPD, department of obstetrics and gynecology were recruited for the study. It is recommended that pap smear screening test should be started above the 21 years of age.8, 9, 10

The present study included 1500 Pap smears, of which the most common abnormality was inflammatory smear, which is followed by atrophic smear. Among all the study subject’s majority (64.5%) of the women were home makers and not working, remaining participants were either self-employed or working women. Percentage of abnormal smear reports was reported in group 2 (31-40 years) subjects followed by group 3 (41-50 years) women. In 22 patients, Atypical Squamous Cell of Undetermined Significance (ASCUS) was observed. Lack of health education on personal hygiene and knowledge on safe sexual practices in women from rural areas are one of the reasons for high rates inflammation and infection of cervix which can lead to cervical cancer in India.11, 12, 13

Vision 2030 of the United Nations Global Join Program is to tackle the cervical cancer by ensuring reproductive health and reducing the gaps within and among countries.9, 19, 20, 21, 22 It recommends all the countries and their governments to strengthen their research capacity by all means to support decisions on countryadapted screening and treatment plans. As our tertiary care center is in the rural area of Tamil Nadu the rate of women’s referral for screening is very low because of social, lack of proper education and economical barrier for undergoing the Pap smear test.

More number of hospital based studies with large sample size is needed to be conducted in India and other developing countries for assessing the reproductive health and prevalence of cervical cancer in women. The study data from the teaching hospitals should be published so that researchers will come up with more effective strategies for the management of the disease and help in while planning national wide programs. It can be concluded that Pap smear is a sensitive and effective screening test which can be used for assessing the reproductive health status of the women and in the early detection of cervical cancer by doing screening at regular intervals.

We did not receive any kind of external financial support or fund for this screening program in conducting this study.