Ovarian cysts, also known as ovarian masses or adnexal masses are fluid filled sacs or pockets in an ovary or on its surface. These are found incidentally in asymptomatic women. Ovarian cysts are considered large in size when they are over 5 cm and giant when they are over 15 cm. Acute appendicitis is the most common surgical problem encountered during pregnancy. Pregnancy is associated with various anatomic and physiologic changes that may disguise and delay the diagnosis of acute appendicitis. Antibiotic treatment does not always improve the outcome and emergency intervention is required. Early diagnosis and surgical intervention is mandatory for the eventful outcome of pregnancy. Here we present a case of a primigravida patient with a large ovarian cyst mimicking acute appendicitis.

Ovarian cysts, also known as ovarian masses or adnexal masses are fluid filled sacs or pockets in an ovary or on its surface. These are found incidentally in asymptomatic women. Ovarian cysts can be physiologic (during ovulation) or neoplastic. It can be benign, borderline (low malignant potential) or malignant.

Acute appendicitis is the most common surgical problem in pregnancy requiring emergent intervention.1

The worldwide incidence of acute appendicitis in pregnancy is 1 out of 1500 pregnancies.2 Pregnancy is associated with anatomic and physiologic changes that may disguise and delay the diagnosis of acute appendicitis. Antibiotic treatment does not always improve the outcome and emergency intervention is required. Early diagnosis and surgical intervention is mandatory for the eventful outcome of pregnancy.1

A 29-year old female patient was referred from a local hospital with the complaints of amenorrhea for 5 months and pain in right side of the lower abdomen for 2 days. At the time of presentation, following were her vitals:

On per abdominal examination, there was a tenderness present in right iliac fossa (RIF). Rebound tenderness was also present. Ultrasonography(USG) of the abdomen done at the local hospital showed a well defined non compressible tubular structure approximately 3.2 X7.5 cm in RIF. Probe tenderness was also found. So, a suspicion of acute appendicitis was kept and the patient was referred to our hospital. The patient was further investigated. USG abdomen was repeated in which appendix could not be visualised in RIF. Single live intrauterine fetus was found in uterus with fetal heart rate of 149/min. Complete haemogram was done in which the patient had mildly elevated total leucocyte count with a predominance of neutrophils (85%). Liver and kidney function tests were found to be normal. Routine urine examination was within normal limit. Serum electrolytes were within normal limit. The patient’s Alvarado score was calculated to be 7 out of 10. A diagnosis of acute appendicitis was made and emergency appendectomy was planned.

Mcburney’s grid iron incision was given. On opening of the peritoneal cavity, a large ovarian cyst of size 10X 8 cm was found in RIF. Appendix was found to be normal. There was mild serosal oedema. It was lying adherent to the cyst. During manipulation of the cyst, it accidentally got ruptured. Chocolate coloured contents were present inside the cyst. About 50-60 ml of chocolate coloured fluid was drained and appendectomy was done. Post operative period and recovery of the patient was uneventful and she was discharged on 2nd postoperative day. 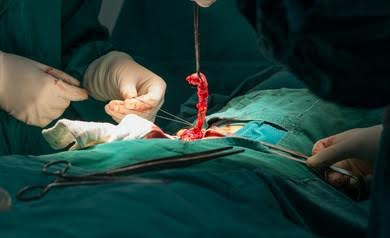 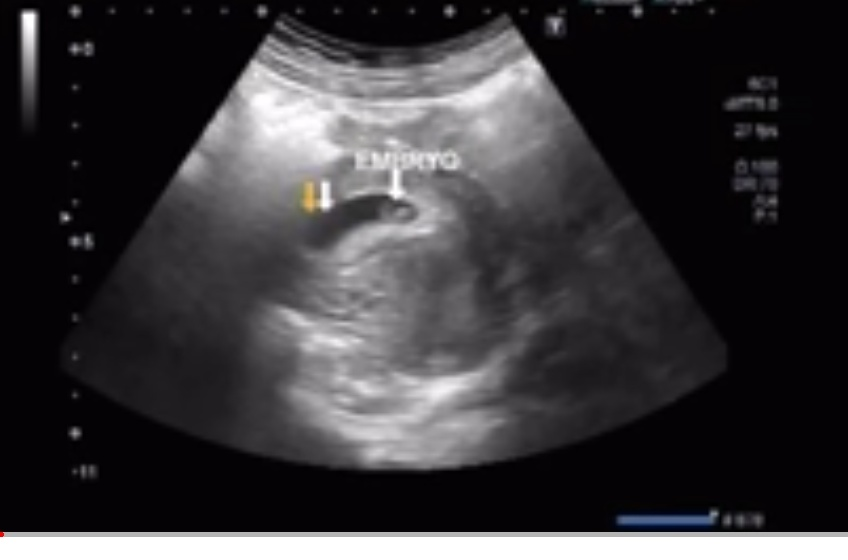 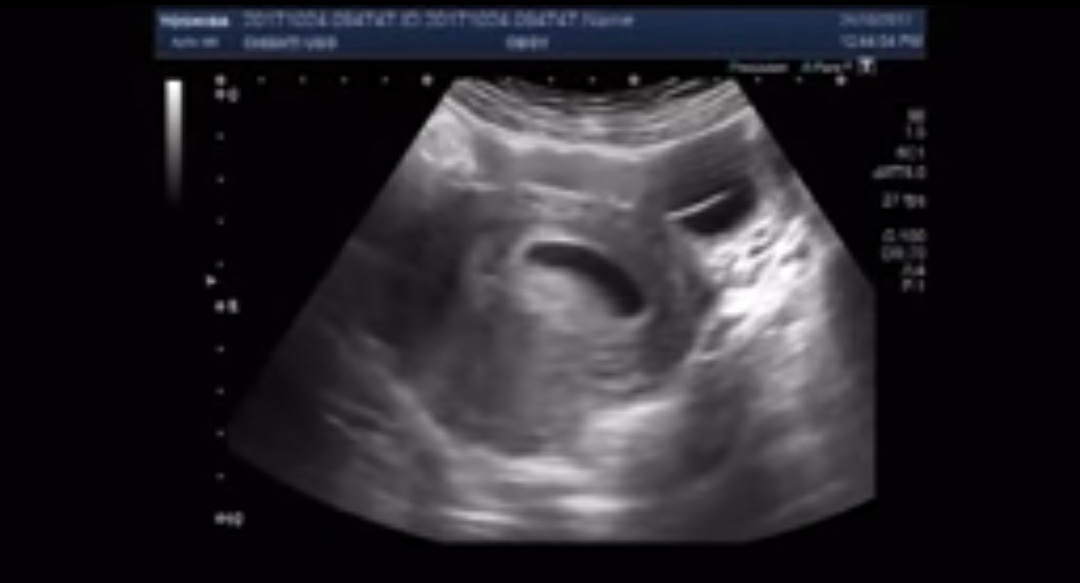 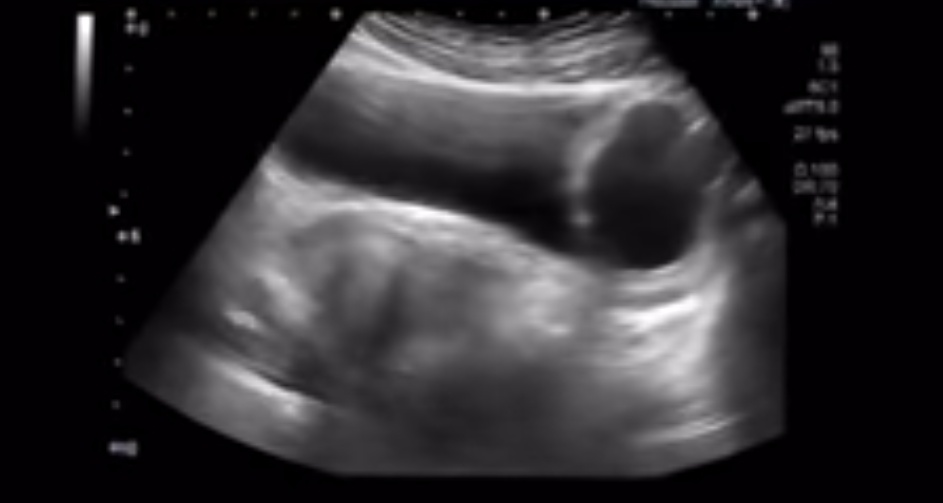 Appendicitis is difficult to diagnose in pregnancy, since the clinical presentation often varies and diagnosis is usually delayed. Right-side abdominal pain is the principal basis for diagnosis. Lower quadrant pain in 2nd trimester, produced by the traction on the suspensory ligament is common and can mimic the appendicitis.

Leucocytosis and low-level fever, as in the non-pregnant state, are unreliable for diagnosis since mild physiological leucocytosis of pregnancy is a normal finding.

Pregnant patients are more likely to present with perforations probably due to the immunosuppression in pregnancy (43%).5, 6, 7

USG abdomen has a sensitivity of 78% and a specificity of 83% for the diagnosis of appendicitis in pregnancy. If ultrasonographic findings are equivocal – MRI without gadolinium contrast can be preferred. It has a high sensitivity and specificity (91.8%,97.9% respectively) for the diagnosis of clinically suspected acute appendicitis in pregnant patients.8

However, delay in confirming diagnosis may contribute to high perforation rate. Delaying surgery may increase the mortality rate to 4% while fetal death occurs in almost 43% of perforated appendicitis.9

Improved laparoscopic technique has shown some advantages over open laparotomy, like decreased postoperative pain, reduced hospital stay, and wound complications.10 Postoperatively, early mobilization is advantageous for the prevention of thromboembolism as deep vein thrombosis is higher in pregnancy.11

Although imprecise and often not accurate, history and physical examination continue to be the best way to diagnose appendicitis in pregnancy. However, when it is suspected, prior and prompt obstetric as well as general surgical consultation should be considered.

M Kave F Parooie M Salarzaei Pregnancy and appendicitis: a systematic review and meta-analysis on the clinical use of MRI in diagnosis of appendicitis in pregnant womenWorld J Emerg Surg201914137